Normally I’d have done one of these posts a couple of weeks into the season, but I’ve been very swamped as of late, and haven’t had a lot of time to watch anything, let alone write about the entire season. Laziness may have also had something to do with it…

But I’m finally here to share my thoughts on the season so far, even though it’s now midway through the season and the time for First Impressions has long passed. But hopefully my “Mid-Season” Impressions will be of interest to some of you.

As per usual, I’ll be splitting everything into tiers, which are described below (and these remain the same despite this being a “Mid-Season Impressions” post).

And I’m not watching anything weekly because I kind of hate doing that.

So without further delay, here are the tiers:

So let’s break these shows down!

Incredible – Will Most Definitely Watch:

Seven Deadly Sins Season 2 – The original season of Seven Deadly Sins was one of my favourite shows of 2014, with some incredibly fascinating world building, an awesome cast of characters with very emotionally engaging backstories and insanely well animated, high stakes, out of this world battles that packed a ton of heavy punches. This second season, so far, has been everything I could have ever wanted from a follow-up, and so much more, and has taken the stakes to even higher heights than before, and seems to be finally answering some of the more pressing questions that were hardly addressed back in Season 1. I’m not sure how much longer this will run for, or how far into the currently ongoing Manga it will get, but for now, it’s one of the best shows of the season, and I can’t wait to see how this one unfolds. Do yourself a favour and pirate it if you must, this is not a show you should miss out on because of Netflix.

Cardcaptor Sakura: Clear Card Arc – I was initially very worried about this classic series getting a follow-up after all these years, but Clear Card Arc has broken all my expectations and is more than a worthy sequel to the original series that deserves all of the praise it’s being showered with. Cardcaptor Sakura: Clear Card Arc has done an excellent job of reminding me why the original series was as amazing and as influential as it was all those years ago, and this is honestly just… Brilliant. I still want that Tsubasa re-adaptation though. How about it, Madhouse?

Koi wa Ameagari no You ni – Yup. This made it to the top tier, as you all probably expected. Thankfully, much like Scum’s Wish, this show has been handling its “taboo” subject matter in a very mature and sensitive way, doing everything it can to avoid falling into trashy territory, while also being beautiful on the visual side of things. There’s a chance this could end up disappointing, given how these kinds of stories tend to go towards the end, but I have very high hopes that this will remain a compelling watch all the way until the end. Absolutely fantastic.

Citrus – This show has, unsurprisingly, been the subject of a lot of negative backlash, and while I can definitely see why, I feel that a lot of people are kicking up a fuss over literally nothing. Given the premise, what the heck were people expecting? That, and as the series has progressed, it has actually started to develop into a more emotionally engaging and dramatic story, with less of an emphasis on non-consensual sexual advances, and more of a focus on a genuine, blossoming romance between the two main characters. This is a little thing known as development, and Citrus has grown into a very interesting and compelling story, that has become a perfect example of how things can get better over time. Here’s hoping it stays that way.

The Disastrous Life of Saiki K. Season 2 – It’s more Saiki K, and I don’t have much else to say other than it continues to be absolutely hilarious and a very enjoyable watch. I’m glad we’re getting more.

A Place Further Than the Universe – While I’ve not been feeling this one as much as everyone else, it’s still a very good series that, unlike most of its peers, has actually been doing something with it’s “cute girls doing cute x” premise. Tons of positive feelings, a cliche, but nevertheless charming, cast of characters and stunning visuals have made this a very worthwhile watch, even for someone like me who struggles to get into these shows. Definitely worth checking out so far.

Kokkoku – So far, this is a very unique and interesting series that has managed to remain a very engaging watch. Plenty of drama, a strong cast and a compelling mystery have made this one of my favourites of the season so far.

Decent – Will Carry On With It: 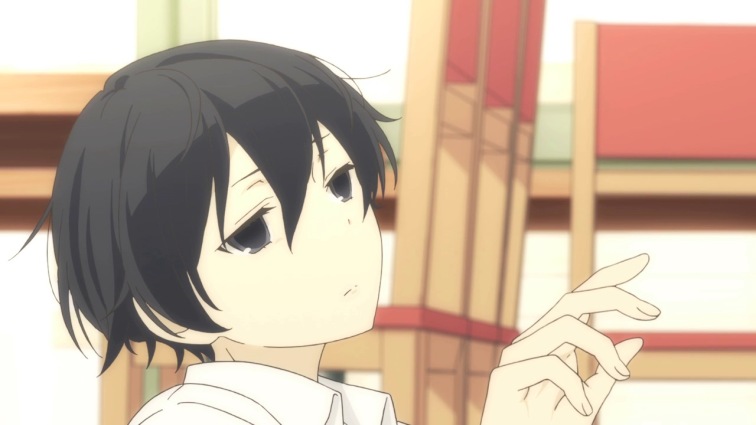 Death March to the Parallel Rhapsody – Nowhere near as bad as everyone is making it out to be. It’s fairly unoriginal, and has some questionable moments, but is otherwise an enjoyable and fairly average isekai series with some decent humour and the potential to be something worthwhile in the end. I’m having a decent time with it.

Darling in the FranXX – Considering we don’t get an awful lot of Mecha Anime these days, I expected a little more from Darling in the FranXX. It’s not bad but it’s nothing spectacular so far, and it’s a bit of a shame, because I was hoping for so much more than what we currently have. However, the visuals are incredible, and bring out the best A-1 Pictures and Trigger have to offer in the aesthetics department. There’s plenty of room for improvement, but there’s still time for this to become something really special in the end. Regardless, I hope we can see more studios collaborate similarly in the future.

Grancrest Senki – There’s nothing all that special about this one, and it’s just your typical fantasy series. That being said, it’s not done anything terrible, so I can’t dislike it. And it’s nice to see a fantasy series.

Killing Bites – As expected from LIDENFILMS, this one is a fun little violent romp with some cool fights and plenty of gore. There’s nothing outstanding here, but I like it.

How to Keep a Mummy – This one is super cute, and far cuter than I expected given it’s about a mummy. It’s weird, but it works.

Gakuen Babysitters – Nothing spectacular, but it’s cute and charming enough for me to continue enjoying myself despite that. I like it more than I thought I would. Give it a shot. 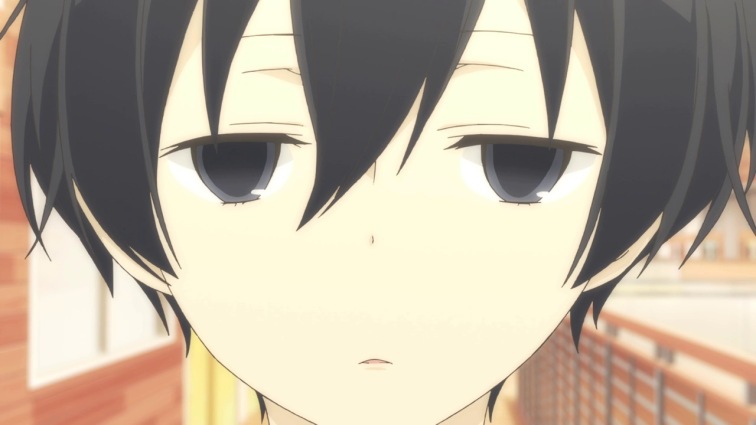 Violet Evergarden – I know my opinion on this show is fairly controversial, given that this is by far the most popular and highly regarded show of the season, but I’m just not feeling it. At all. I even rewatched the first episode with my fiance to see if I missed something, and even she didn’t care for it all that much. I can definitely see the appeal of this series, given that the visuals are absolutely phenomenal, and that the story is one of those feelsy, tragic, KyoAni things, but I just don’t “get” it. It’s not for me, and it fails to grab my interest. I’ll be finishing it though. You can find my more detailed First Impressions for Violet Evergarden here.

Beatless – I expected more from Diomedea, given that they’ve done some interesting things in the past, but alas this is not one of those things. Still, it could improve. Maybe.

Yuru Camp△ – Outside of the cute little triangle that represents a tent in the title, this show has nothing else going for it, really. Just cute girls going cute camping. I really don’t care. Sorry…

Pop Team Epic – I guess I don’t find “absurdist comedy” all that funny. Watching for the memes I guess.

Not Feeling It – Will Stall For Now:

Fate/Extra Last Encore – Remember when I said this could maybe be the Fate series that I end up enjoying? Nope.

The Seven Heavenly Virtues – As I predicted, this is on the complete opposite end of the scale when compared to The Seven Deadly Sins. This doesn’t appeal to me at all.

I Have Little To Say – The Rest: 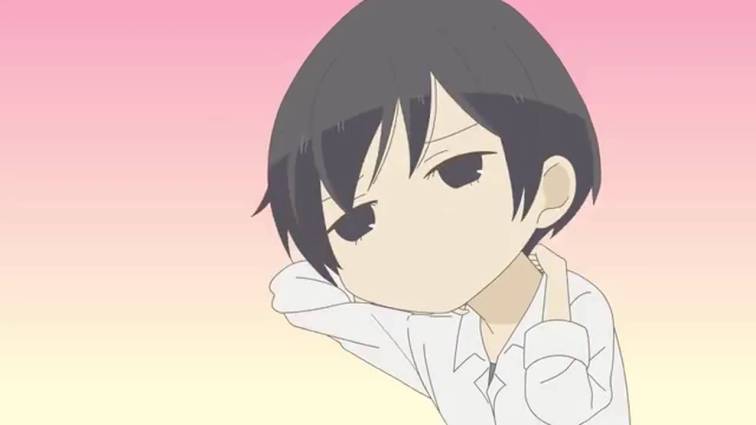 Skilled Teaser Takagi-san – I forgot to watch this. Whoops. I’ll probably like it.

Hakata Tonkotsu Ramens – This is not about ramen.

Gin no Guardian Season 2 – Did not watch Season 1.

The Ryou’s Work is Never Done! – Neither is mine (I didn’t watch this).

Basilisk: The Ninja Scrolls – Apparently Basilisk fans do not like this show. I have no idea if I do because I haven’t seen it yet.

Zoku Touken Ranbu: Hanamaru – I didn’t watch this either, and I have no joke to make. Sorry.

Yowamushi Pedal: Glory Line – I have never seen a single episode of this 100000 season franchise, so I did not watch this. I’ve heard it’s good though.

Fairy Tale Girls – Unfortunately, this is not those Fairy Tail girls, and is instead the much less interesting and appealing Fairy Tale girls.

Takunomi. – I didn’t watch this.

Slow Start – I was slow to start this one, and as a result, I haven’t watched it yet. …I’ll see myself out.

Hug tto! Precure – People keep telling me I should care about Precure. I don’t. It’s too long. There’s too much of it to watch and it doesn’t seem like it’ll appeal to me. Ever.

Kaijuu Girls Ultra Kaijuu Gijinka Keikaku Season 2 – That title is a mouthful. Also did not watch.

Hataraku Onii-san! – Is it even surprising that I didn’t watch this?

Mameneko – I’m not sure if this still has no synopsis and a blurry thumbnail, but it probably does.

Inazma Delivery: Dougyousha Attack-hen – I still haven’t heard of the original series this is supposedly a sequel to. Didn’t watch.

If I missed anything, feel free to flag it up, but I’m pretty positive that’s everything…

As always, I hope you enjoyed hearing my thoughts, even if they were a little later than usual this time (sorry about that!)

Overall, this season is pretty great so far. It’s still nowhere near as close to the best season for me, but it’s a huge improvement over last season, and there’s plenty of fantastic shows for me to sink my teeth into, with plenty of other, average shows that have a lot of potential to become outstanding as they develop over time. I’m excited for what’s to come!

What are your impressions of the season so far and what shows are you currently watching? Let me know down below!