Every form of entertainment has its own set of “classics”, the pieces of media that came out decades ago that are fondly remembered by fans to this day. Anime is no stranger to this idea, and there are countless “classics” that many fans hold dear to their hearts.

Shows like Neon Genesis Evangelion, Fist of the North Star and Dragon Ball were incredibly influential, remain fondly remembered and are still spoken about to this day. They’re timeless and unforgettable. There is a whole world of old classics for Anime fans to explore and sink their time into, and many of these shows are often considered to be “essential watches” for any Anime fan.

And while I’m not entirely turned off to the idea of watching older shows, after all Neon Genesis Evangelion is one of my favourite Anime, it’s something I’ve always found to be a challenge.

It pains me to admit to it, but I find it very difficult to watch older Anime series.

It’s something I’ve struggled with ever since I got “really into” Anime, and it’s a struggle that I’ve never really managed to overcome outside of a few shows, such as the aforementioned Neon Genesis Evangelion, which I only managed to get into as a result of watching the Rebuild movies first.

And there are many reasons for this, the main one being video quality and retro aesthetics in general. While I can understand the appeal of old timey Anime visuals, having spent most of my time as an Anime fan looking at the super colourful, digitally drawn visuals of modern Anime, aside from the likes of what was airing on Toonami when I was a kid, seeing these washed out looking, hand drawn aesthetics feels off to me. I’m not saying that the visuals are bad by any means, because they’re not, but they just don’t appeal to me all that much after being exposed to the shows of today for so long. I like the “cleanliness” of modern day visuals, and how colourful everything looks, and while hand drawn animation can often look better due to the nature of its production, especially when things are moving, I just can’t get behind it as much as I’d like to.

Then there’s the video quality itself, which is a whole other issue entirely. This is 2017, a year where high definition video and widescreen exist and are considered the norm. Trying to watch an 80’s, 90’s or even early 2000’s Anime on a laptop monitor, in full screen, is an extremely painful and exasperating experience for me. The visuals become stretched. The picture is slightly blurry. The quality looks terrible. It hurts my eyes. As someone who is obsessed with quality to the point they buy ridiculously overpriced upscale hardware to make retro video game consoles look nice on an HDTV, this is a pretty big issue for me. You’d think this would be solved if the Blu-Rays for an older show exist, but trying to find a 720p or 1080p version of almost any old Anime online, legally or otherwise, is a freaking nightmare and a nigh impossible task. I don’t want to watch my Anime in a tiny window so it looks good. And no, I won’t buy Blu-Rays.

But it doesn’t stop there either. Even the act of finding these older shows online can be a real chore. As great as Crunchyroll and other legal streaming services are, they don’t offer everything, and many classics are missing from their catalogues. And I hate illegal streaming. I like torrents. Trying to find a torrent for an old Anime, that isn’t in 80’s camcorder quality is like trying to find a physical copy of Conkers Bad Fur Day for the Nintendo 64 at your local second hand goods chain.

But my biggest issue with retro Anime is the large time investment a lot of these series require. We often complain about modern Anime not being long enough, or wanting a series to have more episodes, but as someone who doesn’t have anywhere near as much time to watch Anime on top of everything else going on in my life, I’m more than happy for a show to be 12 episodes long, provided it wraps itself up decently (or gets a continuation of some kind down the line).

But many older shows are 20 something episodes long. A large amount of them are 50 episodes long. There’s even a lot of classics that are hundreds of episodes in length. This wouldn’t have been a problem years ago, when I was a teenager who spent the majority of his free time locked away in his room, watching Anime into the late hours of the night. But I’m an adult now, with a significant other, a full time job and an insane amount of real world responsibilities and other hobbies to dedicate my time to. I don’t have time to watch 100 episodes of something any more, and I don’t want to spend a half year watching one series. I’d love to watch the entirety of Kenshin, but I just don’t have the time.

And what pains me the most about all of this, is that I want to get into older Anime. I feel I need to, and that I’m missing out on a lot of great shows as a result of a few stupid hangups that are specific to me and my weird preferences. As someone who prefers retro video games, enjoys old timey music and indulges in the occasional Hollywood classic here and there, it’s bizarre that I can’t get into older Anime.

Perhaps one day I’ll overcome these gripes and dive into the seemingly endless ocean of retro goodness that is 80’s and 90’s Anime. I sure hope so. 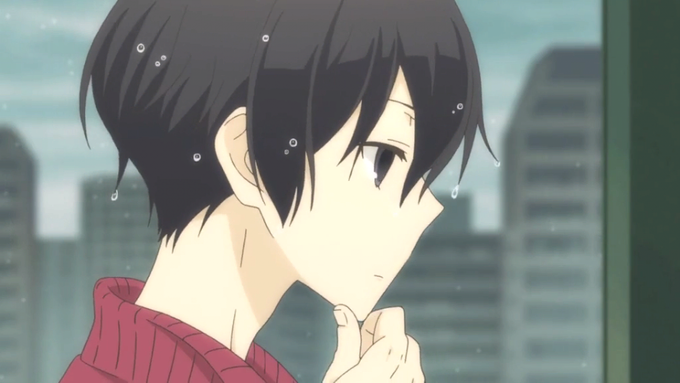 What are your thoughts on retro Anime? Do you struggle to get into older series? Let me know in the comments!

29 thoughts on “In With the New: My struggle to “get into” older Anime”