I’m sure everyone who reads this blog can agree with that statement in some capacity. However, video games are also something we sometimes buy impulsively and collect far too often, and then we end up with a ton of unfinished, or even unplayed, games on our shelves that never get beaten. This is what’s known as the dreaded backlog, and Kim from Later Levels came up with the neat idea of #LoveYourBacklog week, an event where we bloggers actively embrace our collection of unfinished and unplayed games, as opposed to burying it behind all of our finished games and pretending it doesn’t exist. You can find the details here (and give her a follow while you’re at it).

I’ve bought a lot of shit over the years, and I’ve also made the horrible decision to not actually play half the shit that I’ve bought for… Some reason… Sometimes I’ll start playing and be like “this is fun”, but then I’ll stop for absolutely no reason whatsoever and then I’ll go play Tales of Symphonia for the 100th time instead of… Playing all these games I haven’t finished. Sometimes I’ll even make the even worse decision to never play these games and… I’ll go play Tales of Symphonia for the 101st time instead of…

You get the idea. But this year, I will not play Tales of Symphonia again, but I will instead make an effort to go through my backlog, with the help of Kim’s #LoveYourBacklog week.

So before we get started, I’ve to show my backlog. I’ve actually been tracking this for a while, although I’m certain there are still lots of games missing from the list but… You can find it here…

Also here’s a badge. Yes, I have over 500 games in my backlog. Disgusting I know. But maybe, just maybe, I can get it down to 499 if I motivate my lethargic self to go and play more than 3 games this year. Maybe.

So… With all that said, Kim suggests that we celebrate this special event by highlighting specific areas of our backlog. So let’s do that!

A game you’re eager to play, but haven’t started yet 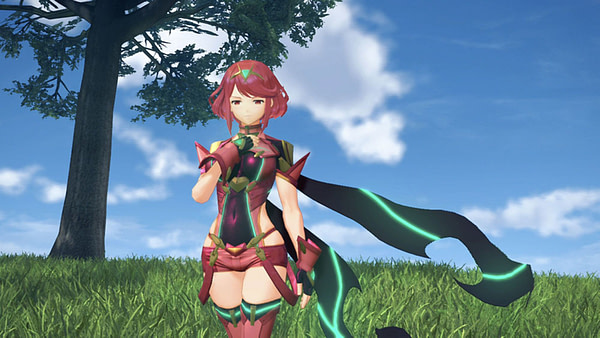 I’ve owned Xenoblade Chronicles 2 since it released like… 3 years ago… And I have not once put the cartridge into my Switch for reasons that continue to elude me to this day.

The original Xenoblade is one of my favourite JRPG’s as well as one of my all-time favourite games, so I honestly don’t know why I’ve never bothered to start this one in the nearly 3 years I’ve owned the game. Everything about it looks like something I’d love. The Anime styled graphics, the huge world, the endless amounts of side content, the in depth combat system, the absurd length and, most importantly, the waifus. I’ve spent enough time looking at Xenoblade Chronicles 2 waifu fanart that I could have probably completed the game by now. What can I say? I like Pyra’s character design. Maybe a little too much.

Anyway, it’s been on the list for a long time. And I’ve just never gotten around to it. Mostly because I’m afraid to start a 100 hour long JRPG nowadays because “I ain’t got the time.” Which is really just a flimsy excuse for “I’m lazy” and I end up just fucking about on the internet, wasting time and not actually doing the things I enjoy for some reason.

But with the HD remake of the first game coming out on Switch later this year, perhaps I’ll finally find the motivation to start this one. Playing both games on the same console, back to back, will likely be a very interesting and enriching experience, so… We’ll see!

This is a bit of a different one, but I have never finished Banjo-Tooie. I’ve started the game like 5 times, and despite loving the shit out of Banjo-Kazooie, Tooie has been a game that I’ve never quite managed to get through, mostly because of how wide open and confusing its levels are laid out. When I first played the game as a kid, it was a nauseating and overwhelming experience, and even now as an adult, I get the same feeling, despite the fact I’ve played far more open and far more confusing games in the years since.

But, I was lucky enough to be given an Xbox One X for free by a family member who didn’t want it any more, meaning I can eventually pick up a cheap copy of Rare Replay, which has Banjo-Tooie included on it, with HD graphics and a more intuitive control system. So maybe, just maybe, I’ll find the motivation to give this one a shot sometime this year.

I enjoyed the hell out of Yooka-Laylee which was a spiritual successor to Banjo and had a more open layout to its worlds, so there’s really no excuse other than “I was overwhelmed as a kid” PTSD kicking in whenever I try to play it.

The most recent addition to your library 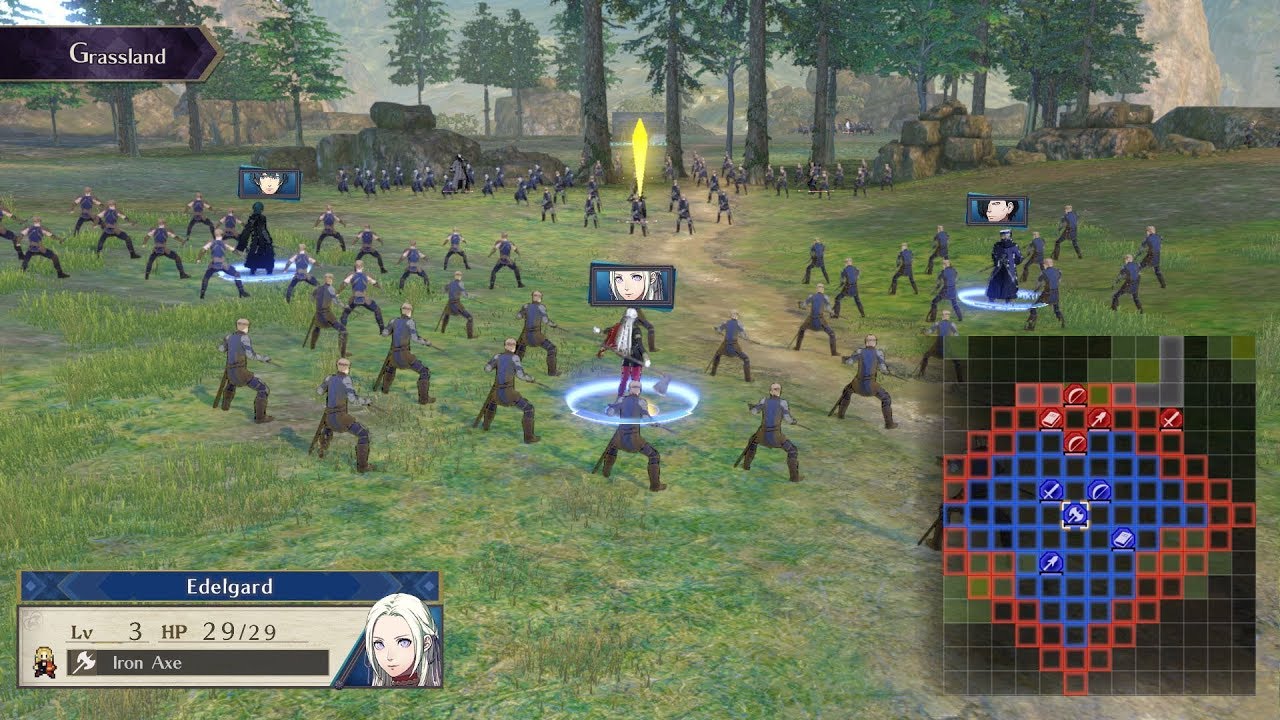 It’s funny, because I spent several months trying to hunt down a copy of Fire Emblem: Three Houses to no success because the game was sold out fucking everywhere for like the first 3 months after it released. And then I gave up trying because I ended up having no money to buy the game, and I got really bummed out because everyone else seemed to be having a smashing time, and I was stuck wanting this amazing looking game that everyone else was playing, but being unable to get it because adulting is hard!

Then I was lucky enough to get the game for Christmas and… I haven’t even bothered to play it yet. For no reason other than “man, this game looks long. I’m scared to dedicate time to it.” This is a recurring theme with my backlog it seems.

I really like the Fire Emblem series. The Sacred Stones is probably my favourite tactical JRPG, and I’ve played a good chunk of the older titles in the series too, including those that were never localised (via fan translations and emulation, nawty nawty, bad bad, piracy grrrr). But truth be told, after Shadow Dragon the series hasn’t really been something I enjoy as much. Awakening was praised by the fanbase, but it’s a game I found myself pretty disappointed by for… Reasons I really don’t want to get into. And with Fates having a weird multi-version release, meaning I had to buy two separate games to experience the full story, I just… Wasn’t even going to bother.

But Three Houses looks like a return to form for me, with its new systems and its unique, school-themed setting, and I have a feeling I’m really going to enjoy this one.

As for when I’ll play it? Well, I’m currently playing through Astral Chain right now. I’ll likely tackle Three Houses after I finish that game. However long that takes me.

The game which has spent the most time on your backlog 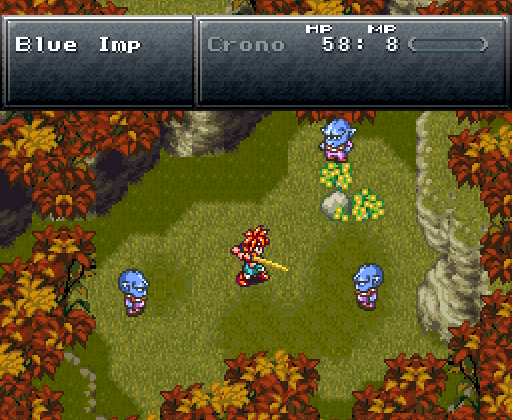 Jesus Christ, I need to fucking finish Chrono Trigger one day. I’ve had this game on my backlog since I was like 13 and I still haven’t finished it. It’s been over a decade, and I’ve only played it for a handful of hours, despite the game being a classic Square JRPG and being something that appeals to my sensibilities in every way imaginable.

One of my favourite YouTuber’s even covered the game in an in depth Retrospective, and that still wasn’t enough to motivate me to give this game a proper shot.

So this year, I will play Chrono Trigger. And I will finish it. At least, that’s the plan. Just wait ’til next year when I reflect on this post and end up laughing and going “Whoops! I couldn’t be arsed!” or some other lame excuse that doesn’t hold up at all.

…That being said, I hope I do get around to it. Because it looks fun as hell!

The person responsible for adding the most entries to your backlog

It’s a bit of a copout, but the answer is yours truly. Good old Lethargic Ramblings himself is his own worst enemy, constantly adding games to his collection and his “plan to play” list when he knows he doesn’t have time for more than a handful of them.

Every time I see a game that looks interesting or looks like something I’d enjoy, I either buy it or, if the game is difficult to obtain, I add it to one of my flash carts (if I’m able to) for future play. And then I proceed to never play most of them because I’m Lethargic Ramblings.

However, if we don’t include myself, the person, or rather person(s), most responsible for my huge backlog are my online friends. They’re constantly recommending me games, be it through their own blogs or just randomly when we’re having a conversation and the inevitable topic of “what are you playing right now?” comes up.

Specific shoutouts go to Pete from MoeGamer.net who is always giving me new recommendations through his coverage of games that, more often than not, appeal to my very specific tastes, and my best friend Logy who’s recommended more games to me than anyone else, and who keeps shilling Atelier whenever she has the chance. I will play these games one day. I promise!

So… Will 2020 be the year I finally whittle down my backlogs massive HP bar? Or will it just keep levelling up as I add more games to it? I’m not sure, I do hope I manage to get around to some of the games I’ve been meaning to get through for the longest time.

I’ll do my best to at least get through the above games I’ve mentioned. Maybe I’ll even write about them at some point. Maybe. I said I’d try to do that more after all.

I have a ton of new and unknown experiences waiting for me within my seemingly endless collection of unfinished and unplayed games. And I look forward to experiencing them, whatever they may be.

I recommend you all do the same, and I encourage you, my fellow bloggers and readers, to participate in this event as well. Who knows what you’ll discover?