The Spring Anime Season of 2019 has finally come to an end, and with Summer just on the horizon, it’s time for me to talk about my personal picks for the 5 best shows that aired.

Due to an abrupt hiatus, I never got the chance to do a seasonal overview of my First Impressions this time, so this’ll be the first time I actually share my thoughts on the season after it started.

Despite being quite the romantic person in real life, I’ve actually never really been all that much of a Shoujo guy when it comes to Anime. I just don’t really have the patience for the genre these days, and given how limited my time to watch Anime is, I’d rather watch something more action packed or wacky.

But I’ve always had a soft spot for Fruits Basket. Perhaps it’s due to nostalgia, since the original 2001 adaptation was one of the first “real” Anime series I watched back when I was first getting into Anime, but the series has always had a special place in my heart, even if it wasn’t the most unique or interesting series out there.

So naturally, when it was announced that there was going to be a readaptation that followed the original Manga more closely, I was ecstatic. I’ve never read the Fruits Basket Manga before, but a new adaptation of this story that I have a lot of nostalgia for with a more modern presentation? I was down with that immediately.

And yeah, it’s a really great show. I’m sure much of the enjoyment I got out of this one is due to my permanently glued-on nostalgia goggles, but I don’t really care. I’ve been enjoying it a lot, and I look forward to seeing where the story will go from here onwards.

If for whatever reason you missed out on this one, and are a fan of Shoujo, you owe it to yourself to check this one out. It’s considered a classic for a reason, and this new adaptation is a reminder of why that is. 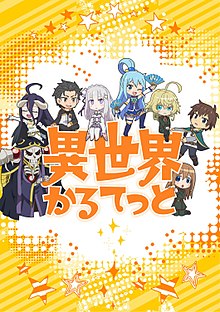 It’s no secret at this point that I’m a huge sucker of the isekai genre. Re:Zero is one of my all-time favourite Anime and the likes of Konosuba, Sword Art Online (Anime of the Summer) and even the lesser liked ones such as Isekai Smartphone are all shows I enjoy immensely.

So when it was announced that there was going to be a crossover series featuring various characters from different isekai shows, of course I was on board!

And yeah, the show is good. I’m not the biggest fan of The Saga of Tanya the Evil, but I also don’t mind the series being included all that much because I love the other 3. It’s not the best written or best animated show of the season, but the appeal of Isekai Quartet is just seeing these different characters that I love from these shows I love interacting with each other in a variety of scenarios. It’s funny, it’s wholesome and it’s just a good time for someone like me.

There’s also a second season coming too, with the promise of “new students”, which I’m hoping means we’ll be getting more franchises added to the story. I’d personally love to see Sword Art Online or Rising of the Shield Hero added to the series, but we’ll have to wait and see I guess! 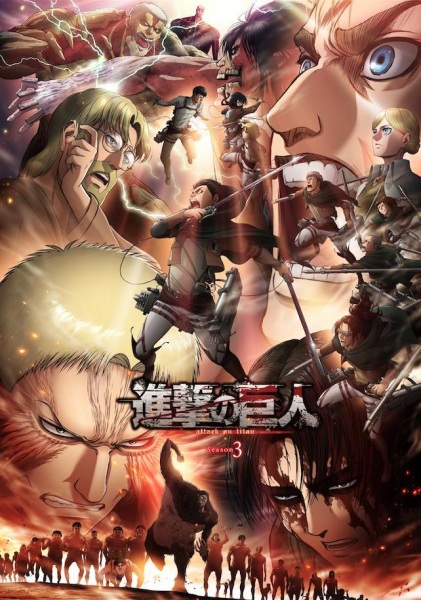 Hey look, Attack on Titan Season 3 is back for it’s second half, and man was it fantastic. Honestly, this series just keeps delivering excellence with every new season that comes out.

The story has never been more engaging that it currently is, and many of the biggest plot threads that have been dying to be resolved since the very first season are finally reaching their conclusion. The second half of this third season has been quite the game changer, and it’s taken the story in a whole new direction once again, one that many of the viewers likely never saw coming.

To be honest, there’s not much else I can say beyond that without getting into spoiler territory. But to put it simply, Attack on Titan has never been better. And I hope it gets another season, because this story deserves to be concluded in Anime form. I’ve been longing for the day that ufotable finally decide to stop being the Fate factory and start using their incredible talent as a studio to adapt stories that are actually worthy of being blessed with such incredible production values. I’ve always been very critical of ufotable, because while their shows are always very impressive visually, they tend to be based on stuff I just don’t care about. Like Fate or God Eater or some shit.

But here, with Kimetsu no Yaiba, a Shounen Jump adaptation, it seems my prayers have finally been answered.

And with a whole second cour left to go, I look forward to seeing where this is all going to go. And I hope we get a second season, because there’s plenty of Manga left to adapt, and it’s still ongoing! 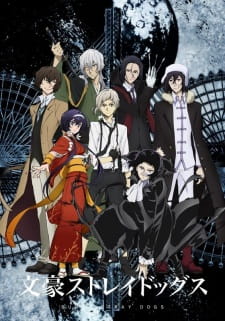 I’d been waiting and anticipating a third season of Bungou Stray Dogs ever since I finished the second season back in 2016, and while the wait was long, I can safely say that it was definitely worth every second of it.

Bungou Stray Dogs is an incredibly unique and interesting series and the third season continues to demonstrate why that is. The characters are as endearing and interesting as ever and their chemistry remains solid. The presentation has never been as good as it is now, especially those character designs. And as a follow up to the excellent second season, the story is as interesting as ever, with an excellent dive into the backstory of two particular characters and another modern day conflict that rivals that of its predecessor. And of course, the fight scenes and creative use of superpowers have never been better.

And if you’re yet to give the series a shot, please do. You won’t regret it.

What were your favourite shows from the Spring 2019 Anime Season? Feel free to share yours in the comments!