The Autumn Anime Season of 2018 is finally coming to a close, and with another year of Anime. So before 2019 kicks off, I figured I’d share my personal Top 5 Anime of this years Autumn Season.

As always, these are just my own personal picks and there’s a high chance that they may not reflect your own picks. I’d love to hear your top shows of the season too, so be sure to share them!

Also, I haven’t seen everything, so there’s also a high chance that something that probably would have made this list if I did watch it, did not. Because I didn’t watch it. Sorry, I’m only human and I don’t have the ability to watch everything. 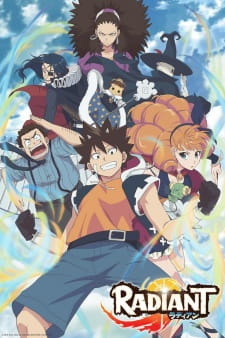 I knew going into this season that Radiant was going to wind up being a show that was poorly represented and considered one of the low points of an otherwise great season by the majority of Anime fans. It’s a standard Shounen fare that begins similarly to just about every other show in the genre, and as such was considered to be incredibly derivative and generic by just about everyone.

But then, y’know, like every other Shounen story, it eventually evolved into it’s own thing and people kind of missed that because they dropped it after a single episode.

Now don’t get me wrong, I’m a firm believer that an Anime should go out of its way to be interesting and unique from the moment it begins, and Radiant is no exception. It starts off pretty uninteresting, and if you’ve seen any Shounen, chances are you’ve seen everything that the early episodes of Radiant have to offer.

But this is kind of the curse of the genre. Anyone who knows anything about Shounen knows that the majority of them, even the best such as My Hero Academia, start off incredibly derivative before eventually growing into their own unique brand of kick ass Shounen goodness.

And Radiant is an excellent Shounen that more people should be watching. It’s not My Hero Academia or Hunter x Hunter, but if you’re looking for something to scratch your Shounen itch, I strongly suggest giving Radiant a chance. If you like Shounen, like me, you won’t be disappointed.

4. That Time I Got Reincarnated as a Slime

Most people will tell you that the isekai genre is the most oversaturated genre in the medium these days, but you’d also be hard pressed to name a genre that attempts as many creative spins on its formula at this one.

Honestly, the premise seems completely ridiculous, but it’s amazing what the show has managed to accomplish with such a silly and nonsensical idea and it’s become one of my favourite isekai in recent years because of it.

Even a good chunk of the usual detractors of the genre seem to have found something to enjoy with this one, which is a nice breath of fresh air.

I’m really looking forward to the second half of this one. Hopefully it keeps being this good. 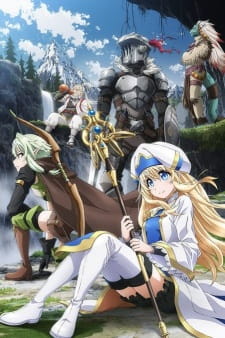 I am a terrible person.

I support bad things in the real world.

If you like Goblin Slayer you’re probably a hypocrite.

In all seriousness, I really like Goblin Slayer. It’s a kickass Dark Fantasy series that feels like a Dungeons and Dragons campaign gone horribly wrong, and I love it for that. But it’s also a series that remains creative and interesting with each episode.

Watching the titular character, Goblin Slayer, come up with new strategies and methods for killing goblins is just really fun and satisfying on both an intellectual and physical level, and it never gets old.

There are definitely a lot of morally questionable themes in here, such as the infamous rape scene in the first episode and the horrific levels of brutal violence scattered throughout the series, meaning the series most definitely isn’t for everyone. But as I’ve said before, these kinds of things are what you get with the Dark Fantasy genre, and you shouldn’t really expect anything less from such a title.

Is it edgy? Yes. But it’s also one of the best shows of the season because it’s edgy, and if you’re not into edgy stuff, then that’s not really the shows problem.

If you’re a fan of Dark Fantasy shows, I strongly recommend giving this one a shot.

2. Rascal Does Not Dream of Bunny Girl Senpai 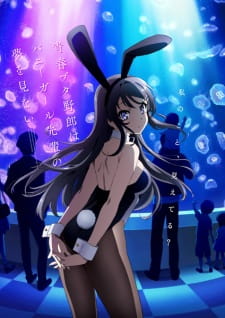 What a pleasant surprise this one was.

When I saw the title for this show, saw the cute bunny girl on the poster and read the the premise revolved around something called “Puberty Syndrome” I expected that we were going to get a show with minimal writing and maximum fan-service.

Which isn’t necessarily a bad thing, but… Y’know…

But instead we got something that’s actually one of the best written shows this season, along with being one of the biggest surprises of the entire year.

There’s just so much to love here. The character designs are incredible, as are the characters themselves. The story is a genuine surprise and very entertaining from beginning to end. And just the fact that I had very little expectations, only to be completely floored by how damn good this show is, warrants it being this high on the list.

If you were put off by the ridiculous sounding premise, or the bunny girl on the poster, I strongly recommend putting all of the doubts you have out of your head and try jumping into this one. Maybe you’ll be surprised like I was.

I’ve made no secret of my love for Sword Art Online.

Since the day I started this blog, and even before then in my reviewer days, I’ve been on the other side of the “Sword Art Online is terrible” debate. I’ve been actively defending the series for years, and as you probably noticed from my previous post, I’m still doing it to this day.

So why is Alicization at the top of my list this season? Well, it’s not just because I love Sword Art Online, but also because the series actively addresses many of the criticisms that have been thrown at the series over the years, a good chunk of which I myself have also taken issue with since I started reading the novels in 2010.

Kirito is no longer the overpowered swordsman from the previous seasons, and we actually get to see him work towards being an unstoppable badass and even struggle. The harem has been ditched in favour of an ultimate bromance between Kirito and the newly introduced Eugeo, who is like a long lost brother to the black swordsman. And the setting of Underworld is explored thoroughly, a treatment that both Aincrad and Alfheim unfortunately never received. It’s a breath of fresh air to see a Sword Art Online setting become fully fleshed out and properly explored over the course of the story.

For all its flaws and detractors, Sword Art Online has never been better and I couldn’t be happier with how the Alicization adaptation has been handled so far. This is a 10/10 series, is one of the best shows of the year and I love it. I love it so very much.

I’m glad I’m a fan of this series. I have no shame in admitting that.

What were your favourite shows from the Autumn 2018 Anime Season? Feel free to share yours in the comments!