The Summer Anime Season is finally coming to a close and with the Autumn Season already on the horizon, it’s time for the usual tradition of listing my favourite and least favourite shows of the season.

As always, these are just my own personal picks and there’s a high chance that they may not reflect your own picks. I’d love to hear your top shows of the season too, so be sure to share them!

Also, I haven’t seen everything, so there’s also a high chance that something that probably would have made this list if I did watch it, did not. Because I didn’t watch it. Sorry, I’m only human and I don’t have the ability to watch everything. 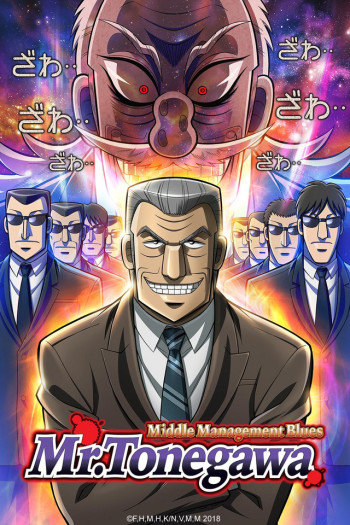 As a long time fan of the psychological thriller Anime Kaiji, I was very excited for Middle Manager Tonegawa. It’s a spin off series set in the same universe as Kaiji that focuses on the every day life of one of the original series main antagonists: the underworld mobster Tonegawa.

What I didn’t expect was that the series was going to be a gag comedy. Given that Kaiji was a show that focused on life or death, high stakes gambling orchestrated by the criminal underworld, I expected that Tonegawa was going to focus on something similar. But instead the show is more focused on Tonegawa himself being an incompetent moron of a crime boss who can’t remember his underlings names and who constantly makes stupid mistakes.

And while a lot of Kaiji fans who were looking forward to this one seem disappointed by this comedic direction, I’m actually rather fond of it. The jokes, while not always the best, are pretty darn funny for the most part, and Tonegawa’s goofy personality and forgetful antics are surprisingly in character with the more serious attitude we saw from him in Kaiji.

The humour can be repetitive at times and the gags don’t always land, but Tonegawa is a pretty enjoyable series and a genuinely funny comedy and it’s a shame to see it badly received due to people’s disappointment because it wasn’t the show they imagined in their heads.

It may not be the show many of us Kaiji fans expected, but I implore you all to give this one a second chance. You might just find something worthwhile upon a revisit. 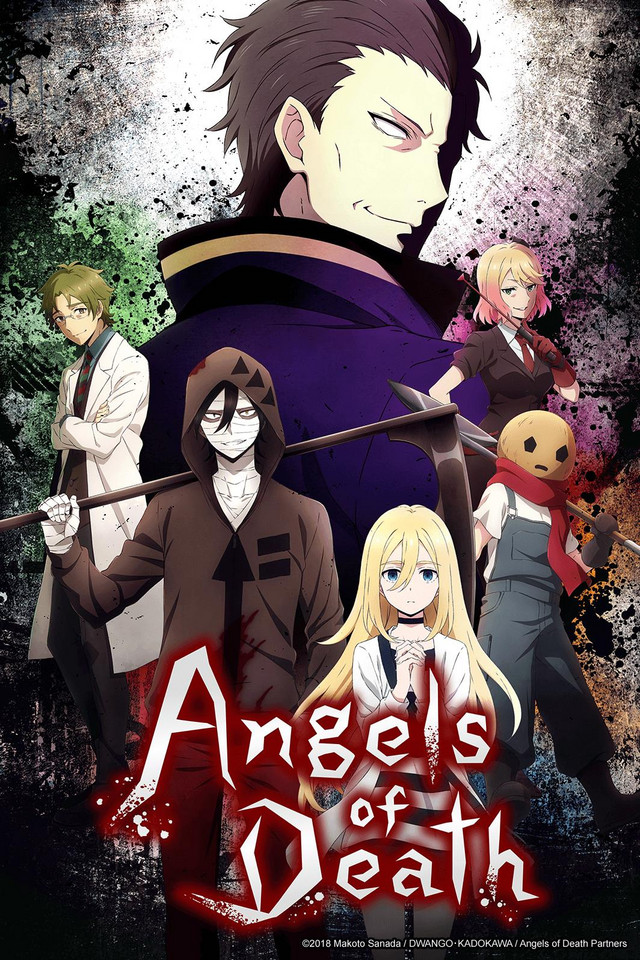 It’s incredibly rare for an Anime with the “horror” genre tag to actually feel like a horror series, or to come with an aesthetic that applies the genre to Anime in an effective way, and Angels of Death is one such rarity.

There’s a lot of neat horror elements in this show that make it stand out from just about every other show this season, and the various scenarios that the characters find themselves in are clearly lifted straight out of a video game event. That makes sense of course, given that the show is based on a video game, but as someone who loves game design and seeing it applied to things, this makes the show a real winner in my book.

There’s also plenty of gore and dark things throughout the show too, which is just another reason why I enjoyed the series as much as I did, but… Yeah. Angels of Death is pretty great.

I recommend it if you’ve been looking for a new horror Anime series. There just aren’t enough of these. Ever. 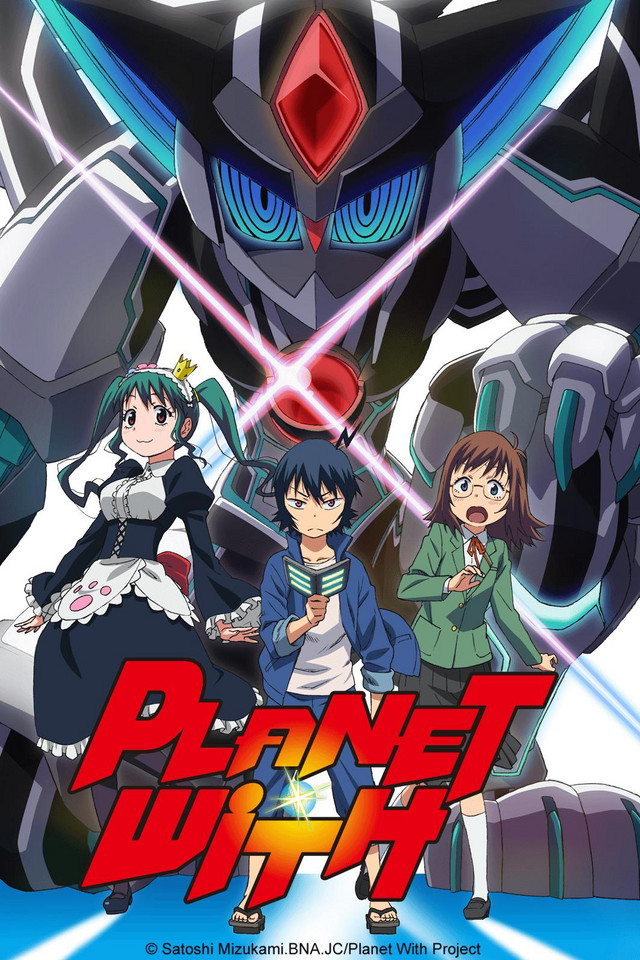 It’s unfortunate, but the Mecha genre has kind of been getting the short end of the stick this year. Outside of the usual Gundam entries, there’s been very few Mecha shows at all and the biggest one we got this year was fucking Darling in the Franxx which was… Ugh…

So, I was hoping that Planet With would do something special. That it’d be so damn good that it alone would make up for the lack of good Mecha this year, and boy did it deliver.

Now, I haven’t quite finished the series yet, but from what I’ve seen of it so far I’m very impressed. The animation and presentation are outstanding, the storytelling is excellent and unpredictable and the mecha battles are just… Brilliant.

Planet With is most definitely one of the best shows of the season, if not the entire year, and I highly recommend it to any fan of the Mecha genre. You won’t be disappointed. At all. 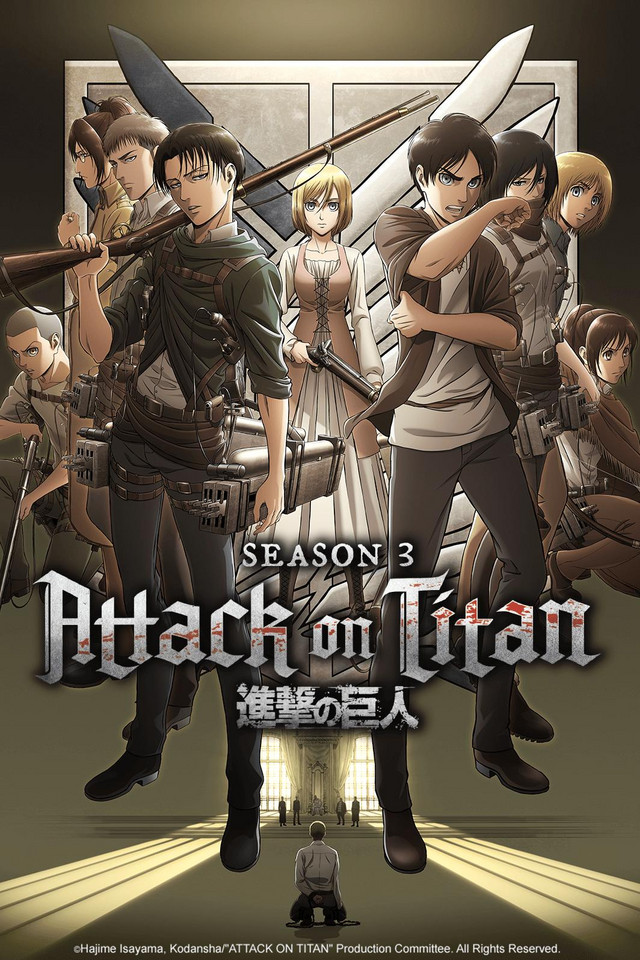 Attack on Titan is back.

After the disappointing, slow and often unengaging second season, I was worried that the third season of Attack on Titan was going to be just as big of a letdown. Even as someone who’s read way further ahead in the Manga and knows what happens, I was concerned that Wit Studio were going to present the more human focused, politic storyline in a way that was flat and uninteresting.

Yet, they did the complete opposite and delivered one of the best shows of the year.

Yes, this new season of Attack on Titan is a very different kind of story from the high octane, adrenaline pumping, cyberpunk, Spider-Man swinging series that we were introduced to in the first season, but that doesn’t make it any less engaging and dramatic. In fact, I’d argue that this new focus on conspiracy and politic intrigue makes the series the most engaging it’s ever been.

We’ve still got the second half to go, but if it progresses in the same way that the original Manga did, we’re all in for a real treat.

Attack on Titan is back where it belongs. At the top.

Is anyone even surprised that Happy Sugar Life is at the very top of my list for best shows of the season?

This show is incredible. Honestly, it’s just fantastic. It has an interesting and unpredictable story with a lot of social commentary discussing a variety of real world social issues. It has a complex main cast with warped personalities, yet there’s a reason behind it all that goes beyond merely being “edgy”.

Much like Magical Girl Site from earlier this year, it’s a show that’s unfortunately been misunderstood as mere edgelord material, but underneath it’s edgy exterior it actually has a lot to say, and what it has to say is very interesting.

Happy Sugar Life is most definitely not a show for everyone, nor is it very likely to be a show that’s at the top of a lot of people’s lists. But for me it ticks just about all of the boxes for what I look for in Anime. It’s one of the best Anime to come out of 2018 and if for whatever reason you haven’t had the chance to check it out yet, I suggest you drop whatever plans you have today and give it a shot. It’ll be worth it. Trust me.

What were your favourite shows from the Summer 2018 Anime Season? Feel free to share yours in the comments!