If you’re an Anime fan, then it’s pretty likely that you’ll have at least stumbled upon MyAnimeList. It’s a website that serves as both a way of Anime fans keeping track of the shows they watch and as an online database that contains information of just about every Anime you could think of.

You’ve also probably heard that MyAnimeList was recently shut down for an extended period of time a couple of weeks back, and even now much of the sites functionality remains unavailable despite the site itself now being back up and accessible to the public.

With MyAnimeList being down a lot of Anime fans, myself included, were a little frustrated. It may seem a little silly and a tad overdramatic but for many of us, regularly updating our Anime lists is a ritual that has become an essential part of our viewing experience. And not having that part of our routine, even for a handful of days, was pretty awful.

And of course, while we decided to vent our frustrations and meme it up, several members of our community decided to use this as a means to push their ridiculous agenda. The idea that MAL serves no purpose beyond creating a culture where Anime fans are more interested in “showing off” how much Anime they’ve watched, “flexing their e-penis”, as opposed to just watching, enjoying and critically analysing Anime.

Now, I won’t deny that this is some what true, as I’m sure there are plenty of people that use MAL for the sole purpose of showing off the vast amount of Anime they’ve seen as a way of proving how “superior” they are compared to someone else who’s only seen 100 or so shows. But to say that this applies to the vast majority of the user base of the website, or to suggest that the nature of the site itself purposefully encourages and develops such a culture is, in my opinion, completely stupid.

Is it really so hard to believe that most of us just use the website to keep track of the Anime that we watch? Because believe it or not, people like to remember what they have and haven’t seen. Shocking, I know! Would it surprise you even more if I told you that people use it to document their ever evolving and changing tastes and preferences through the websites rating system? Wow!

Sarcasm aside, while I can’t speak for anyone else, I’m a pretty scatterbrained person. I have a terrible memory to the point where I can’t remember what happens in 80% of the Anime I watch, let alone which Anime I’ve seen or haven’t seen during the decade and a half that I’ve been an Anime fan. MyAnimeList allows me to build a list that is personal to me, that helps me remember which shows I’ve seen and those I’ve still to experience that may interest me.

On top of that, I enjoy making favourites list and keeping track of my taste in Anime and how it evolves over time, which is why I enjoy rating every single show I put on my list. I even go as far as changing scores over time if I find that I no longer consider the show as good/bad as it was when I first watched it. And sure, number scores may seem trivial to a lot of people, and that’s fine, but I like using numbers, and it works for me. And this whole meme of “MAL reduces all critical thinking to a mere number” is ridiculous. My number scores are based on my own personal metric for what I consider to be “good” or “bad” and nobody but me knows what my criteria is. It’s not a “mere number” and I go through a lot of thought before scoring each show on my list. And I’m not the only one to do so.

MAL also allows us to keep track of the shows we want to watch which, if you’re someone like me who wants to watch literally thousands of shows, is incredibly useful. You think I’m going to remember each and every one of the thousands and thousands of Anime that I eventually want to watch in my head? Of course not! Are you insane?!

And do I even need to say that I and many others just kind of enjoy adding Anime to our lists? That we find it cathartic? That we like doing it? Why is it a crime to have fun? Lighten up a little. It’s just an Anime list.

But of course, MAL has many more uses beyond just being a website that allows you to keep track of your Anime.

The site also serves as a very comprehensive and useful database containing information for the vast majority of Anime that has ever been produced, and it is updated on an almost daily basis with newly announced shows or older series from years ago that may have been missed. Do you want to find out what a show is about? How many episodes it has? If the show has a second season? If the show is based on a Manga or an original work? What studio produced the series? Who the director was? What voice actors/actresses played who? When the show was broadcast? In most cases, you can find all of this information and more on the page for that particular series. While there are definitely other online resources out there that can give you this same information, none of them are as comprehensive or collect them all together in one place in the way that a shows MyAnimeList page does, and to completely gloss over this useful feature of the website is deliberately choosing to omit much deserved credit.

MyAnimeList also allows you to find shows that are similar to ones that you’ve already seen. Want to find an Anime like Hunter x Hunter? MAL can suggest you shows that are considered similar in the Anime Recommendations section. While I myself have had some what mixed results with this, it’s a pretty useful feature that saves the annoying task of publicly asking “Anime similar to X?” on Twitter or a forum and can sometimes help you find some really great shows. And if you like a particular genre, then there’s also genre tags to help you narrow down shows based on genre.

And none of this has even touched the sites use a social media platform for Anime fans. MAL has a discussion forum where users can post topics about pretty much anything to engage with other Anime fans and each users profile has a comments section too, which I’ve seen many users use to chat with one another publicly. The site even has a Private Message feature, allowing fellow fans to chat more privately away from the public eye. And while I myself don’t personally use these functions myself, outside of Private Messages which I rarely check and respond to very slowly (sorry), I do think it’s pretty great that the site is essentially a less powerful social media platform for Anime fans. Yes, the forums can often be toxic, but a lot of users also just know how to have fun and engage with one another in a positive way. A handful of bad MAL users doesn’t make the entire site a terrible place.

MyAnimeList has its fair share of problems, and is far from a perfect site, especially given this recent unscheduled downtime that lasted far too long and that continues to plague the website with broken and unavailable functionality. But to say that the website has no value and no worth beyond people showing off their gigantic Anime lists and that it prevents all critical thinking because you don’t like numbers is unbelievably stupid.

MyAnimeList is an important tool and resource for Anime fans, and we should be grateful that a website like it exists, regardless if we actively use it or not. 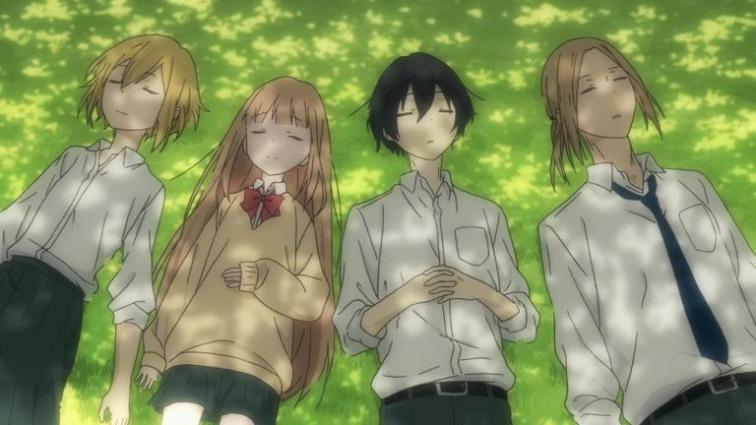 What do you think of MyAnimeList? Do you use the site frequently? Or not? Let me know!

32 thoughts on “The Importance of MyAnimeList”