The first batch of this years Anime has just about wrapped up, with the Winter season more or less over, ready to make way for the upcoming Spring season. So today, we’re going to look at my personal Top 5 Anime of the season.

As always, these are just my own personal picks and there’s a high chance that they may not reflect your own picks. I’d love to hear your Top shows of the season too, so be sure to share them!

Also, I haven’t seen any of Ancient Magus Bride and I’ve only watched one episode of Card Captor Sakura: Clear Card, so they won’t be on this list, even though they probably should be. Sorry.

Wow, this list is off to a fantastic start eh? Please don’t shoot me.

The show is pretty darn trashy in its execution and there’s some very questionable, unsettling and downright abusive moments in this show that are bound to make the average viewer feel uncomfortable and possibly even boil with rage and disgust.

But this is me, and I’m the guy who’s become some what notorious for liking stories with these kinds of dark, messed up elements, so I enjoyed the heck out of this one.

Plus, the initially forceful and unsettling relationship eventually develops into something that’s genuine and heartfelt. And no, it’s not “characters changing their mind”, it’s called character development.

So yeah, it should probably shock nobody that I like Citrus. Quite a bit. It’s not a great show, and it’s definitely not for everyone, but it’s a good time and definitely worth watching in my opinion.

But hey, I also liked Netsuzou TRap, so take that as you will. 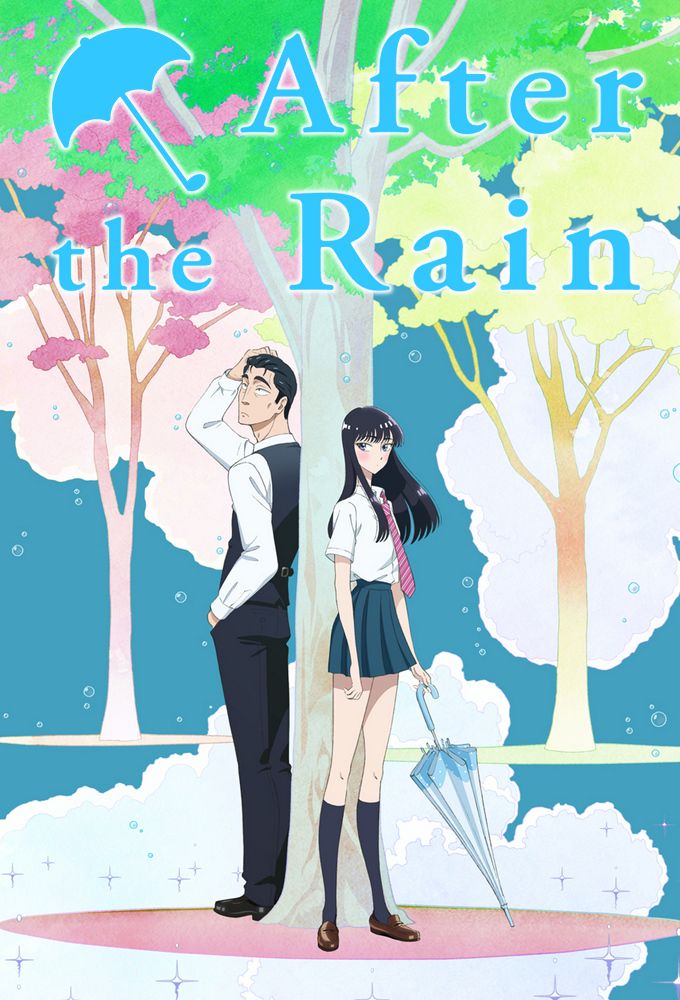 After the Rain is a pretty great show that seems to have flown under a lot of peoples radar, and it’s unfortunate because it’s really damn good.

The production is absolutely fantastic, and is one of Wit Studios best works to date, and the character drama is on a whole other level, and brings some interesting emotions and ideas to the table, a lot of which have the defining characteristic of being incredibly unique for Anime.

While on a surface level the initial premise may seem rather trashy, there’s actually lot more to After the Rain that meets the eye and, much like Scum’s Wish from last year, there’s a surprising amount of depth to this story, along with an air of maturity surrounding the some what sensitive themes that drive the narrative forward.

If you were on the fence about this one, or were initially turned off by the premise, I strongly suggest giving this one another shot. It’s fantastic.

Of course as a sucker for all things Shounen, I was going to include the second season of Seven Deadly Sins on this list.

The first season was one of my favourite shows of 2014, and this long awaited follow-up season has been an absolute joy to follow so far. The production values have been dramatically increased, and are among the best looking work that the studio has ever produced. The battles remain well choreographed and full of explosive energy with a ton of awesome stuff happening. And the story, while not perfect and a tad brisk at times, is a huge step up from the original series in terms of scope, conflict and character drama.

It’s a truly epic battle Shounen series, with a ton of amazing ideas and one of the most charming group of heroes I’ve ever seen from the genre.

Here’s hoping that the Manga keeps getting adapted into future seasons. I’d kill to see more of this amazing series.

Did anyone expect this one to not make my list?

You all know me. I love my dark, twisted, messed up stories. And Devilman Crybaby ticks just about every single bloody box you could think of that relates to this preference.

I didn’t know a lot about this franchise, outside of the tiny bits of Manga that I’ve read and the things I’ve seen about the old Anime adaptations from years ago, so I had no idea what to expect from Crybaby at all.

I’ve also never been that big of a fan of Masaaki Yuasa or any of his works. I hated Ping Pong and thought its “abstract” art style was freaking dreadful. I didn’t care much for Mind Game or Space Dandy either, and neither of them really seemed to grab me like they did a lot of people.

But I loved Devilman Crybaby. It looked amazing, it had a pretty great story, it had interesting ideas, it had well established characters with fascinating arcs and it was just awesome.

Except for the ending which was a bit of a letdown in my opinion… Honestly, if it wasn’t for that, I’d likely have given the show the top spot, and possibly even a spot in my favourites. It was really that damn good.

I will say though, that it’s definitely not for the faint of heart. It’s a pretty damn gruesome and explicit show, with a ton of gory and sexually explicit scenes that are likely going to unsettle quite a few people. So proceed with caution if you’re turned off by that sort of stuff.

Otherwise, I highly recommend it. Give it a shot!

This may come across as a bit of a weird choice, but considering the Universe Survival Saga of Dragon Ball Super, as well as the series in general, wrapped up at the end of this season, I feel that this show is a suitable candidate for this list, and as such, am choosing to include it.

And no, this position isn’t being granted to the full show, this is just for the Universe Survival Saga and its absolutely incredible conclusion.

Dragon Ball Super has been the subject of a lot of unwarranted and unfair negative criticism. It’s a show that a large number of Anime fans have felt the need to constantly bash every single week it aired an episode because “it’s Dragon Ball and we seasoned Anime fans are way above that entry level Shounen stuff!”

The Dragon Ball franchise is something that means a hell of a lot to a large number of Anime fans. For many of us it was their very first Anime series, and to see this beloved franchise come back in a new and exciting, modern package has proven to be a real treat for us.

And the Universe Survival Saga wound up being not only the best arc in Super, but arguably one of the greatest arcs in the entire franchise. It successfully tapped into the nostalgic feelings that many longtime Dragon Ball fans hold for this franchise and managed to recapture the magic of many of iconic moments from the series that we all grew up with. And it all comes together in a final confrontation that is both incredibly satisfying and worthy of the insane amount of hype that was being built up as the story began racing towards it. The final battle in this arc may just damn well be one of the best I’ve ever seen from Anime in general.

It may not have been the best written story arc of all time, but it was bloody fun and sometimes that’s all that matters. Dragon Ball Super’s Universe Survival Saga reminded me what it means to have fun with an Anime instead of worrying about digesting the best written story of all time, and you know what? I’ll take enjoyable fun over dry-but-well-written any day of the week.

I can’t wait for the follow-up movie to this next year.

Also the animation is fine, and I am impressed with Dragon Ball Super Sakuga.

What were your favourite shows from the Winter 2018 Anime Season? Feel free to share yours in the comments!

On the next edition of the Listless List, we’ll be taking a look at my personal least favourite shows from the Winter 2018 Anime Season. Stay tuned!