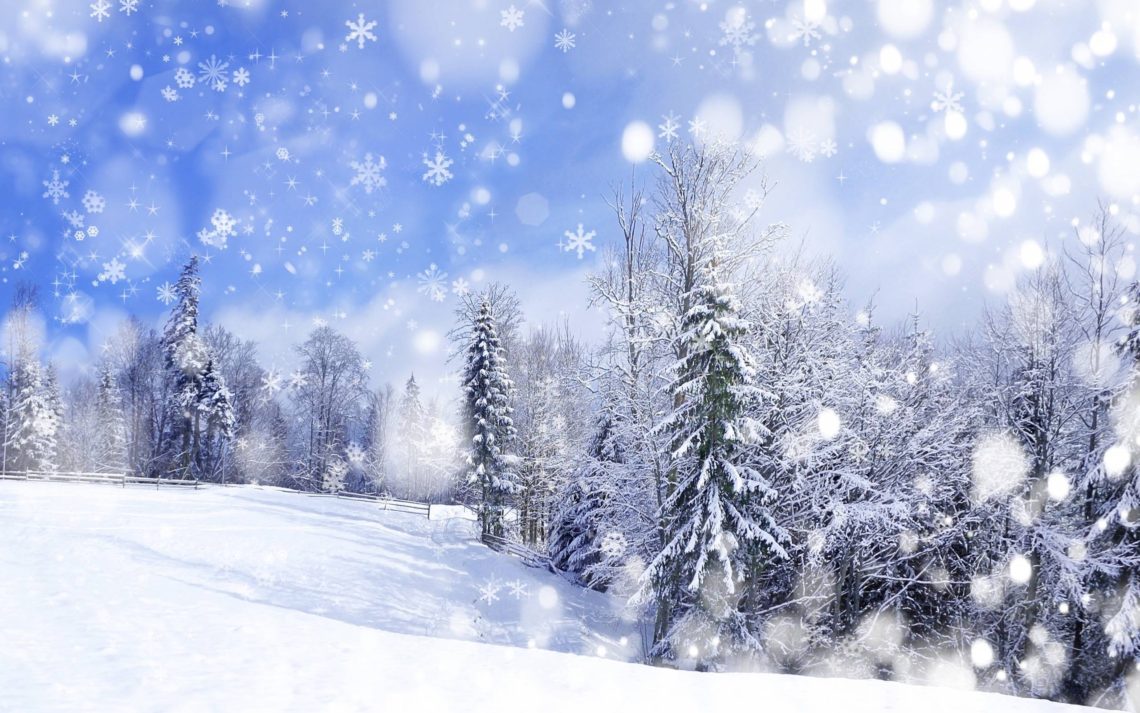 2017 is now well behind us, and the new year of 2018 is well under way, with the latest Anime season already starting to kick off.

So before things really get rolling, what better time for me than now to summarise my Pre-Airing Impressions for the Winter 2018 Anime season?

Note: As usual, I’m not covering movies or OVA’s/specials in this post. This list is going to be long enough without them. Also yes, I’m well aware that I’m a little late with this and that the season has kind of, sort of started with some of these shows already having aired their first episode. It’s been a busy time of the year for me, and as a result I’ve fallen a little behind. Sorry about that!

Overlord Season 2 – I love me some Isekai, and this seems right up my alley, but I actually haven’t seen the first season of Overlord despite how popular and discussed the show was back when it started airing a couple of years ago. And I’m very doubtful that I’ll be watching it any time soon. As such, I probably won’t be checking this one out until I get around to the first season. Happy for the fans though, and more Isekai is always a plus in my book!

Seven Deadly Sins Season 2 – Hoo boy, am I hyped for this one. The first season Seven Deadly Sins was one of the best shows of 2014 and an absolute blast from start to finish, with top notch action scenes with cool special powers, an incredibly entertaining and well developed cast of characters and some truly excellent writing and world building. This second season is supposedly a direct continuation of the original series and will continue to follow the Manga, which from what I’ve heard has been very interesting in the last year, so I’m really looking forward to this one! Very likely candidate for Anime of the Season for me.

Citrus – Given that I absolutely loved Netsuzou TRap, it should be no surprise to anyone that I’m really looking forward to this similar, but not quite as scummy or dark, series with a similar focus. I’ve read a bit of the Manga for this one, and I rather enjoyed it, so I have no doubts that this will be a good watch for me. Sadly it’ll be taking the “incomplete adaptation” route given that the Manga has yet to end. Regardless, I’m looking forward people calling the show, and by extension my taste, “trashy” because I think this show is good. It’ll be Netsuzou TRap all over again. Yay!

Fate/Extra Last Encore – *yawn* You all know how I feel about the Fate franchise, and after the technobabbly disaster that was Apocrypha, I’m very doubtful this is going to be for me. However, it is being produced by Shaft and it’s an Isekai show so… Maybe.

Death March to the Parallel Rhapsody – I don’t know an awful lot about this one, other than it’s an Isekai show and that the premise seems really up my alley. Looks like it’ll be a fairly unique and interesting take on the genre, and the fans of the original novels have hyped this up to me an awful lot, so I have some high expectations.

Darling in the FranXX – Is that a Mecha Anime? What a rare sight! In all seriousness though, this one is fascinating, mostly because it’s a collaboration project by Trigger and A-1 Pictures, a very interesting team up to say the least. A lot of people seem sceptical about how this one will turn out, because of the whole “everything A-1 Pictures makes is bad because Sword Art Online is a 1/10” meme that’s some how still a thing, but I have very high hopes for this one. Should be interesting!

Dagashi Kashi Season 2 – Apparently there was once a show called Dagashi Kashi and this is it’s second season…? I’ve never even heard of this before so I have nothing to say.

Beatless – Seems like a very unique and interesting Sci-Fi story and it’s being handled by Diomedea, so it’ll no doubt look gorgeous. I look forward to it.

Koi wa Ameagari no You ni – I guess I have an affinity for these forbidden, messed up romance type shows, because this one seems like something I’ll really enjoy. If the subject matter is handled in a mature fashion, like last year’s Scum’s Wish, and if Wit Studio are at their best on the production side of things, then this should be a real treat. Fingers crossed!

Cardcaptor Sakura: Clear Card Arc – Tsubasa Chronicle is one of my all-time favourite series, and it’s parent series and kind of, sort of, prequel, Cardcaptor Sakura, despite not being anywhere near as great in my opinion, remains a show I remember rather fondly and consider a true classic. To finally get some kind of continuation/sequel after all these years is honestly a real treat, and I’m very excited to see what direction this new series will take. Here’s hoping we get a continuation/full adaptation of Tsubasa one day…

The Disastrous Life of Saiki K. Season 2 – Perhaps one of the most underappreciated and underrated series of 2016, the first season of Saiki K was outstanding, and one of the best comedy Anime series I’ve ever had the pleasure of watching. And we’re getting more? Great! Glad to see more.

Skilled Teaser Takagi-san – This seems like a pretty funny and neat little series, but given it’s premise I’m not entirely sure how they’re going to get 12 episodes out of this. It seems we’ll probably get a romance somewhere down the line, so perhaps that will keep things fresh? I’ll have my eyes on this one.

A Place Further Than the Universe – The latest entry in the cute girls doing cute things genre is this: Cute girls going to cute Antarctica! However, this one actually seems like it’s going to do something worthwhile and looks like it’ll be full of adventure and excitement. And it’s a Madhouse show, and they’re the unparalleled king when it comes to Anime production, so it’ll no doubt look stunning. I’m really looking forward to getting through this one, and I usually hate everything about these kinds of shows.

Kokkoku – This one has a very interesting concept related to the protagonist having the ability to stop time while continuing to move around and affect the world after doing so. Put this together with some thrilling drama and psychological conflict, and you have something that seems fairly interesting. This is a definite stand out for me this season, and I’m looking forward to the first episode.

Grancrest Senki – A straight up fantasy series. Don’t have much to say other than I’ll check it out.

Yuru Camp△ – Look how cute that little triangle in the title is. It’s like it’s a little tent. Awww! Unfortunately that’s all I have to say. This is just cute girls go cute camping.

Ito Junji: Collection – A collection of short horror stories by Ito Junji. Cool. As a fan of horror and all things grim and dark, I’ll check this one out.

Hakata Tonkotsu Ramens – There’s not an awful lot about this one as of yet, but it seems to be an action focused murder mystery series or something?

Killing Bites – I’m 99% sure I’ve heard of this somewhere before. In fact I’m almost certain I’ve read some of the Manga. But I can’t remember. Given LIDENFILMS’ track record, I’m sure this will be full of gory fights, and the premise seems some what intriguing.

Gintama: Silver Soul Arc – Supposedly the “final arc” of Gintama. Is the Manga about to end or something? Regardless, I still haven’t finished the first season, and probably won’t for years so… Yeah…

Toji no Miko – Cute girls being cute exorcists? If it focuses on the action side of things, I can get behind this one.

Ms. Koizumi Loves Ramen Noodles – As someone who also loves ramen noodles I’m sure this will appeal to me on some level.

The Seven Heavenly Virtues – This looks to be the complete polar opposite of Seven Deadly Sins, both in name and in how good it’ll probably be. This isn’t really my thing.

The Ryou’s Work is Never Done! – A show about a shogi master teaching a little girl how to play shogi. Seems fun?

Basilisk: The Ouka Ninja Scrolls – A sequel to Basilisk?! What the hell is happening? Not that I’m complaining but… Everything is getting a sequel these days. What a wonderful time to be an Anime fan.

Zoku Touken Ranbu: Hanamaru – A sequel to Touken Ranbu. Not the ufotable one that aired last year, but the alternative comedy version that was animated by Doga Kobo that aired before that one. Confusing stuff. I’ve yet to finish the original series, so… Yeah!

Takunomi. – Seems like another “cute girl gets drunk” show. I’m down with that.

Slow Start – This one is about a girl enrolling in high school a year later than everyone else in her class. While this sounds like a cool premise that could explore some really interesting ideas, the promotional artwork gives me the impression this is simply going to be cute girl starts cute school one cute year later. That’d be a real waste of potential…

Mitsuboshi Colours – Cute girls being cute colours. …And going to the zoo, or something?

Hakyyu Houshin Engi – The promotional art for this one reminds me of a mid-2000’s action Anime series. I guess that’s a good thing? Maybe not? The premise sounds like my thing at least.

How to Keep a Mummy – A group of friends raising a tiny little Mummy…? What a weird idea. Some how I feel like this could actually work.

Dame x Prince Anime Caravan – I’m not sure what to make of this one, but it sounds… Decent?

Hug tto! Precure – I don’t care about Precure. I know that “everyone should like Precure” is a recent meme that everyone seems to be embracing lately, but I just don’t care. At all. Too long. Too many seasons. Not my thing. Not got the desire to wade through it all.

Hataraku Onii-san! – Animals studying at a college and doing jobs or something? wat

gdMen – gdgd Fairies only with men instead of fairies. Fairy nuff.

And that’s everything. I’m sure. I’m positive. 99% certain. In all honesty, this season isn’t looking like it’ll be the greatest for me. A lot of stuff seems to be some variation of cute girls doing cute things, and while I’m not completely opposed to such series, and would never begrudge someone for liking those kinds of shows, they tend to be mediocre and nothing special for me. Still, despite my complaints, we’ve got a new season of Seven Deadly Sins, Citrus, a Cardcaptor Sakura sequel, a few cool Isekai shows, a show that’s probably like Scum’s Wish and a few other great looking shows.

As always, I look forward to seeing how things go this season and what ends up coming out on top for me. 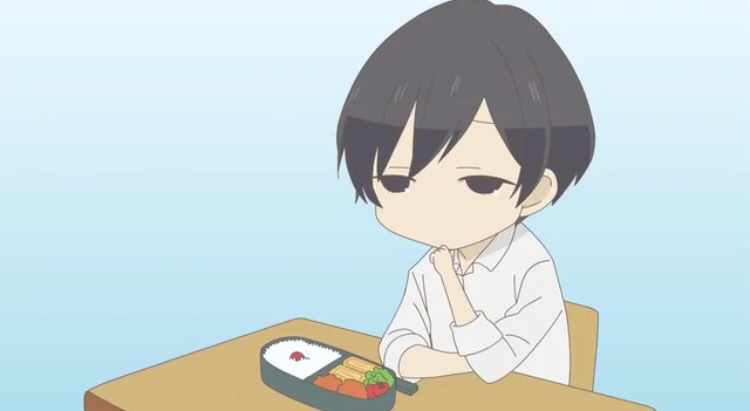 What are your pre-airing impressions for the upcoming season? Are there any shows you’re particularly excited for? Let me know in the comments!