Being the overly expressive and idea driven medium it is, Anime is packed to the brim with scenes that one could cite as being “epic” or “awesome”.

And being a fan of Anime that tends to focus on incredibly dramatic stakes, lengthy story arcs and emotionally charged, character driven narratives, trying to pin down the “most epic scene ever” in Anime is no easy task.

There’s so many to choose from.

But after much consideration, I managed to narrow it down to one, specific scene that has continued to stick with me ever since I witnessed it for the first time.

Pretty big spoilers incoming. Read at your own peril.

I’m well aware that throughout this challenge, Hunter x Hunter has had its fair share of entries, taking up a good chunk of my favourite moments from Anime.

And while I can understand that may seem rather odd, the show is such a wellspring of incredible moments for me, that I find it difficult to choose anything else over it. It’s really that deserving in my eyes.

So what makes this scene the most “epic” in all of Anime for me? Well, in all honesty, it’s the context surrounding the scene and the build up to it along with what happens in the scene as opposed to simply the scene itself.

The protagonist of Hunter x Hunter, Gon Freecss, is a fairly happy go lucky and optimistic little guy. He’s always full of energy and positivity, and up until this point, even during the toughest of times, he’s always managed to maintain his composure and keep smiling.

But during the arc in which this scene takes place, the infamous Chimera Ant arc, Gon loses his close friend and father figure, Kite to one of the arcs major villains, Neferpitou. Upon hearing the news of Kite’s demise, Gon enters a serious state of denial, believing that if he can confront Neferpitou, who has the ability to heal mortal wounds, that he’ll be able to force her to undo her crime and manage to save Kite.

It’s during this state of denial, that it starts to become clear to the audience that there is something very wrong with Gon. He gradually begins to lose his optimism, and his usually happy attitude ends up being replaced with a seriousness that he’s never really displayed before.

And all of these negative, bottled up emotions, are released from Gon in a single, gargantuan explosion of absolute rage and malice upon finally confronting Neferpitou.

Starting with the phrase “Do you remember me?!” Gon displays a level of anger and cruelty that I, or any other viewer, could never have imagined seeing from the protagonist of a Shounen Anime series.

He abandons all sense of reason and morality and gives off an aura of pure malevolence and completely breaks down. And to make matters worse? Neferpitou is in the process of healing an innocent bystander who has been injured during the assault of the Chimera Ant King’s palace led by Gon and his fellow Hunters. And Gon doesn’t care, blatantly stating that it doesn’t matter if said bystander dies, as long as he can get Kite back and have his revenge. 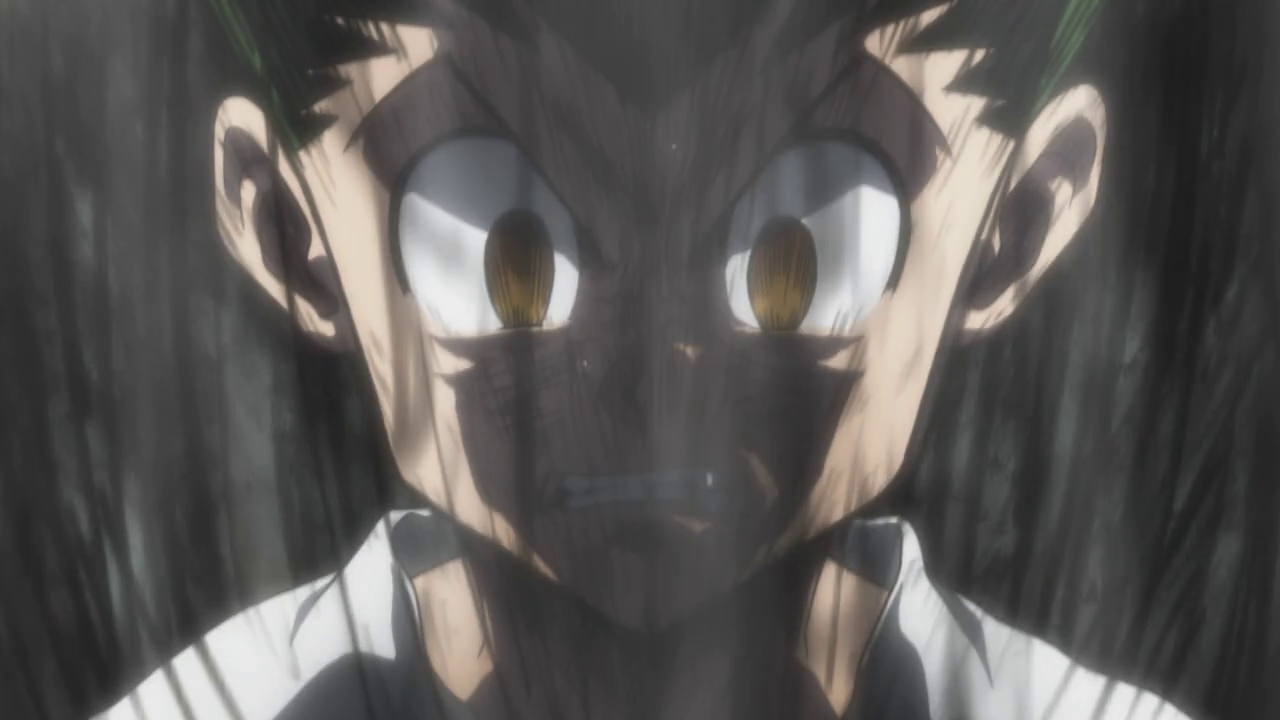 And during this unsettling and malicious breakdown, even Gon’s best friend Killua can do nothing to calm him down, with Gon actually telling him to leave him alone and that he “doesn’t understand” how he feels. It’s both heartbreaking and absolutely terrifying.

To see such an optimistic and carefree character break down in such a monstrous way may be unsettling and upsetting, but the scene itself is also incredibly epic for that very reason, and it’s the ultimate pay off to over 30 episodes of build up. If that doesn’t fit the description of “epic”, I’m not sure what else does.

What is your most “epic” scene in Anime?