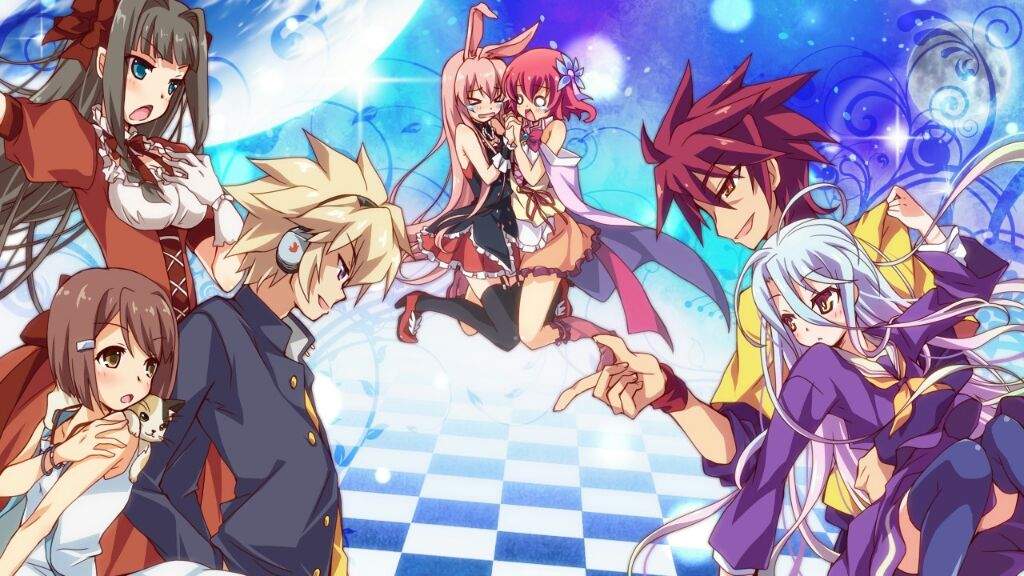 It wouldn’t be an exaggeration to say that in the last decade Light Novel adaptations have become a lot more commonplace in the medium of Anime.

Just like their distant cousins, Manga adaptations, these kinds of series cover a broad variety of different genres from magical high school, to harem comedies, to a crazy psychological mystery series about magical boxes that ruin people’s lives.

But one genre that’s become particularly prominent within the Light Novel adaptation scene is that of isekai: series where the protagonist is transported to or trapped in alternate world that is vastly different from that of their own.

While these kinds of shows been around for years, with Inuyasha and .Hack being two very famous and more early examples, the isekai genre has had a near unparalleled boom in recent years, mostly due to the Anime adaptation of Reki Kawahara’s Light Novel series, Sword Art Online, which was met with an unprecedented amount of commercial success and became extremely popular with the masses both during, and after, it was airing.

Since Sword Art Online, these kinds of shows have become more commonplace, with many studios and production teams clearly trying to emulate its success. They’ve become so common that it’s more or less guaranteed that every season will have at least one isekai show, and in most cases, these kinds of shows will be among the most popular.

There are plenty of people that aren’t too happy with this recent saturation of the genre. Sword Art Online was a very polarising show when it first came out, and it’s still being discussed even today, mostly in a negative light (although that’s a whole other topic in and of itself). Other, more recent series such as Re:Zero, Konosuba and Grimgar have shared a similar fate, albeit on a much less impactful scale. 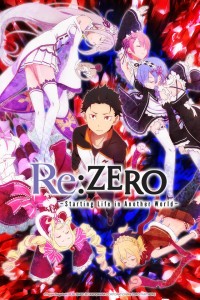 For many Anime fans, this particular genre has begun to feel stale and overdone. Every time a new Isekai show is announced and added to a seasonal roster, it is almost instantly met with a gigantic wave of sighs and headshakes. In all honesty, I don’t really blame people for reacting this way. There are a lot of Isekai shows out there and if the genre is something that doesn’t appeal to your tastes, I can completely understand why it being such a prominent force in today’s seasonal Anime climate would be a concern for you.

However, as many of you are likely aware, I like Isekai. I’d go as far as saying that, under the correct circumstances and with the proper execution, I’m even capable of loving an Isekai show. To be perfectly honest, it’s become one of my favourite genres and I often find myself gravitating to these series above most others that come out each season because I always find myself enjoying them a great deal. Even those that aren’t particularly unique or well executed in their ideas.

But what do I find so appealing about this oversaturated genre?

Well, for me personally, a lot said appeal comes from how the worlds of these shows are structured. Almost all of them, be it a virtual online video game setting like Sword Art Online’s floating castle Aincrad or a traditional fantasy setting such as the one presented in Grimgar, take heavy influences from game design. Even if the series itself doesn’t necessarily take place in an actual video game, almost every modern day Isekai show feels as though it has a game-like quality to its setting.

They tend to take place in a world that is bound by a hierarchical system governed by a complex set of rules or mechanics that serve as a foundation for the way its society as a whole functions. Whether it be literal game mechanics, such as the Sword Skills and interactive menu and user windows seen in Sword Art Online or a gameified magic system of various elements like the one we see in Re:Zero, the influence from video games is both very evident and has become quite the genre staple. 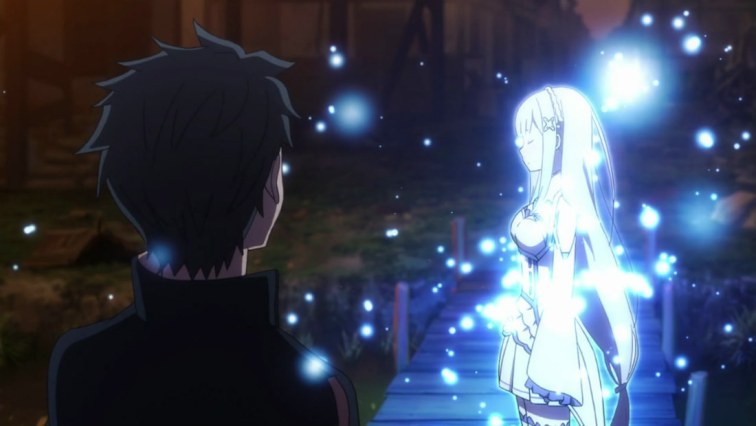 I can’t speak for anyone else, but personally, I love video games and I’m fascinated by Game Design, so seeing its principles applied to the world of a series that’s a part of my favourite form passive entertainment is a real treat for me. Furthermore, I really like in depth systems with a focus on mechanics and rule sets. There’s a reason I love Hunter x Hunter’s Nen System so much. It’s a system constructed of rules with abilities that are split into categories that both interact and relate to one another, with their own strengths and weaknesses. Much like the core mechanics of a video, it’s a system that plays by a particular set of rules and a lot of internal logic with various limitations and restrictions on what can and can’t be done by the user.

But the even bigger appeal of isekai shows, is the way that they allow the audience to experience the narratives they present. The protagonists of these shows tend to be extremely relatable everymen that the viewer can easily project themselves onto which allows them to insert themselves into the narrative being presented. For many viewers this is a pretty serious issue and I don’t necessarily disagree with the criticisms against self-insert characters and self-insertion in general. I completely agree that, more often than not, it allows for the creation of fairly boring and uninteresting main characters, which in turn can have an effect on the overall quality of the story itself. However, I also believe that there is something good that can come from self-insertion, and it’s one of the reasons I, and likely many others, find this genre so appealing to watch.

Having this kind of protagonist allows the audience to vicariously live their experiences within this fantastical and whimsical setting. It creates an immersive experience, a means of escape from what many consider to be a mundane and stressful real world. Call it “wish fulfilment” or whatever negative, snarky, condescending umbrella term you so desire, but this experience can often be really enjoyable and you can’t deny that it’s quite unlike anything else.

Perhaps this is just another case of my personal biases taking priority over all logic and reason, but I watch Anime to relax, to escape to another world and immerse myself in the goings-ons of that world. There’s no better way to do that, than through a series in which the audience can self-insert.

As much as I appreciate a well written story, having a tight narrative is far from the only thing that can make a series enjoyable and worth your time. Being immersed, taking yourself to another world, vicariously living a characters experience in that world, these are all reasons why, for me, the isekai genre is worth my time.

Writing isn’t everything, the experience is.

And this genre is the best way for me to get such an experience.

Isekai is fine, and I’m glad it’s not going anywhere.

14 thoughts on “To Another World: Why I love the isekai genre”