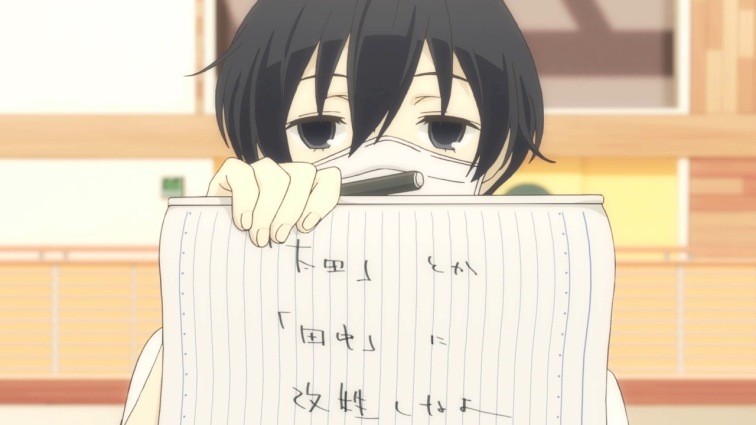 Supporting characters make up the bulk of every Anime’s cast. They fill all sorts of roles, from regularly playing a key role in the story or simply showing up from time to time in a lesser role.

So who are my favourite supporting characters in Anime? 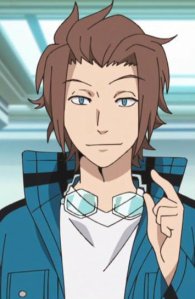 Jin is one of the highest ranked agents in the Border Defence Organisation and serves as both a mentor and friend of World Trigger’s protagonists, Yuma and Osamu. Compared to the many characters in the show, Jin doesn’t get as much of a share of the spotlight, yet every time he shows up he graces the screen with his presence and always makes a memorable impact by being totally awesome. 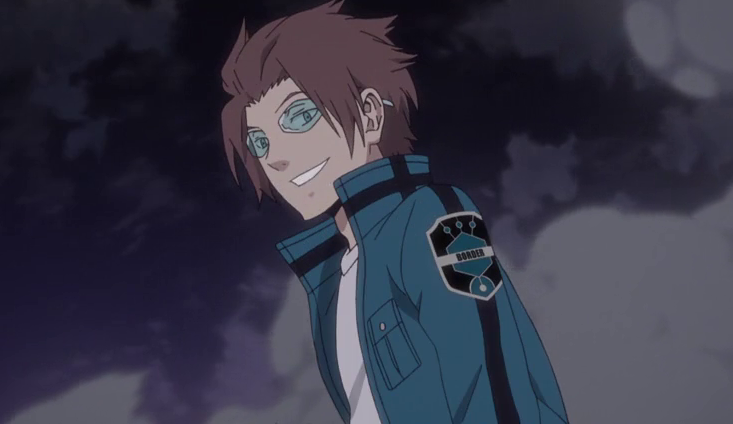 But what makes Jin so incredibly awesome?

For starters, his personality is that of a man brimming with confidence. Jin believes in himself and his abilities. He’s strong and he knows it and as a result he never lets his opponents, no matter how powerful they are, shatter his confidence. In addition to his self belief, he’s also very carefree and aloof. Even in the most serious of situations, Jin tends to be easy going and almost always has a smile on his face, whether he’s negotiating with those of a higher rank than him or battling a powerful enemy in a fight to the death. Jin doesn’t let things bother him, and his positive outlook no matter how dire the situation is something I really respect about his character.

Jin is also incredibly calculating, and is a master tactician, always managing to out maneuver both his opponents and his allies if necessary. Whenever he shows up, it’s clear he has an agenda or some master plan ready to be carried out, and each time the show delivers his grand schemes, they’re awesome.

But what really defines Jin as a character, and the reason for his confident and calculating personality, is his ability to see into the future. He can see every potential outcome of every situation before it happens, and as a result is able to act accordingly in order to change said outcome to fit his own agenda. It’s an incredibly useful and arguably overpowered ability that has yet to have any kind of limit demonstrated, but damn, it’s always incredibly satisfying to see how Jin will change the future or how he’s able to counter his opponents attacks by seeing them before they even make them.

On top of this, Jin is a very formidable fighter as well, making him practically unparalleled in combat. He’s arguably one of the strongest characters in the show, and while he doesn’t get a lot of fights due to the show not giving him an awful lot of focus, the fights he does get are some of the best executed battles in the series. Heck, he managed to take on an entire group of A-Rank Border Agents by himself and win with seemingly very little effort.

And to sum it all up, he’s just a generally good guy. Despite his status in the organisation and his clear superiority in strength over most of the other Border Agents, Jin is friendly with just about everyone, even those who dislike him. He shares a close friendship with Yuma and Osamu despite them being rookies, and actively does everything he can to protect Yuma from prejudice due to him being a Neighbour and helps train Osamu to make him a better Agent despite everyone else brushing him off as talentless. He even goes against his superiors, and actively has war declared on him in order to successfully carry out the former. What a bad ass.

He also likes rice crackers and formerly held the bad ass title of “S-Rank Super Elite”. How can you not find that awesome?